The Drama of Willful Blindness 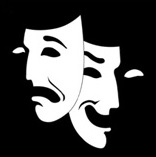 I love movies primarily because they are a doorway into our culture. Movies tend to be an escape to another world.  Most movies are a lens into the everyday life of women and men.  It seems as of late that the movie industry has opened a portal into the systems that people of color have been identifying for years.  I was reminded today that actors are real people with fallen reasoning.  Many of these actors have had the privilege of being white as members of the dominant culture.  Michael Caine and Charlotte Rampling have given two pure examples of how white privilege sounds, but this time regrettably they are not acting—they are real life agents and beneficiaries in a system called white supremacy.

Michael Caine suggested that blacks should be “patient” in response to the #oscarsowhite boycott that has been gathering steam in the US.  Charlotte Rampling had the heart to say, “Its racist to white people,” this in response to the boycott by black actors who are focused on the lack of diversity in Hollywood—specifically 94% of Academy members are white.  There are other statements that are no worse than what I’ve referenced, but my point is that Hollywood is not necessarily a culturally enlightened place. Rampling’s statement is profoundly problematic—this clip explains why. We might look down on a Midwestern Trump rally, but in reality we are looking at the same coin from two different vantage points. Telling oppressed minorities to be patient or that they’ve stepped into the role of the oppressor strike me as belligerent. Black folk are not new to the movie industry and so a call for patience is condescending.

As much as I enjoy movies I don’t enjoy the world view of some entertainers—many can play enlightened individuals on the big or small screen, but in reality they play the role of Christopher Columbus. Absolutely oblivious to the systems that are at work these two individuals accept roles without the slightest awareness that the system has been set-up for them at the exclusion of other actors of color. One can walk around and give interviews and believe that the Oscars represent a meritocracy. ‘I won this award and my whiteness had nothing to do with it!’ This is the kind of thinking that shows up in the world of academia, business, politics, justice system, etc.

There is this willful blindness in spite of the fact that the gatekeepers took the time to select and vote on movies and actors that mirror who they are and how they look. The lack of diversity ensures that a white vote goes to mostly white candidates because the system leans white.  Those who disagree point to anecdotes—crumbs to keep the masses satisfied, crumbs like Chris Rock is hosting and the black president of the Academy.  The truth is that the Oscars are a perfect example of white dominance and there is no shortage of those willing to keep the system alive but asking folks to be patient.