I know I write a lot about the city, but I can’t help it; its a passion. Last Saturday, I found myself on 22nd Street in North Philly between Somerset and Indiana picking up a cake for my mom’s birthday. Those in the ‘know’ are familiar with  Denise’s Delicacies and the fast moving, but long lines in what looks like just another simple storefront bakery. The cake is unlike anything out there–period! 22nd Street is a unique place–it’s the heartbeat of this community. At one point before the cheap cell phone stores and nail salons came along there was a shoe cobbler, a real butcher shop and a 5 and Dime store filled with tons of layaway. That Saturday I had a chance to revisit some significant places and I also had a chance to mourn some spots that are gone.

I think everyone remembers their elementary school experience. I went to Whittier Elementary in the 80’s for grades first  through fourth before being bused out to Northeast Philly for a better education.  The memories of playing tackle football on the cement schoolyard and the very public and embarrassing crush on my fourth grade teacher, Ms Foley are memories worth holding onto. There was a pool across the street in the school playground–it was so hot in the summers and there would be so many kids in the pool that there literally was  no room to swim–craziness.  Whittier Elementary still stands, but education in predominantly black communities remain sub par when compared with other communities, especially predominantly white and suburban school districts.  Last Saturday, as I walked past the 4 ft iron fence it seemed that I could  smell the mix of disinfectant and chocolate milk that overwhelmed the lunch room area. In the schoolyard you would hear the words, “FIGHT” and see crowds collapse to see what they could see. Fights would last seconds and suspensions were given out like cheap candy. This was a unique time when parents would confront students instead of teachers for bad behavior. Now a days parents wonder why teachers would  ever give their kids a poor grade or write them up for bad behavior. A reversal of expectations in the whole education process. 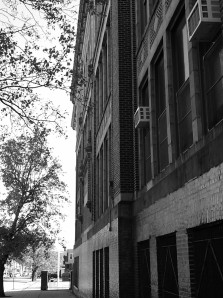 I’m not sure how Whittier is doing now, but with the advent of charter schools and alternate venues for education my prayer is that the children of North Philly have a chance to compete in a global economy.

My brothers called this place, ‘the courts’. They spent hours fine tuning their skills playing ball from dawn to dusk. Panati was the community watering hole, a place where everybody went–kids played in the kid section, women and young girls sat on the benches near the sprinklers to gossip and the fellas ran ball, drank 40’s and talked trash all day. Churches would use Panati for Vacation Bible School and the city would sponsor a community day camp most summers. My older brother would drag my sister and I to the courts from time to time and we were forced to sit and view the greatest display of collective arrogance, guys would holler at girls who just happen to be walking by, they talked trash about each others game and ‘busin’ on any victim who came into view all while playing pick up games.  Things would get serious if you invoked someone’s mom into the back and forth. The highlight of Panati was the summer basketball leagues when teams from all over the city would dazzle the night crowds. These community events became infrequent as violence began to escalate towards the mid and late 80’s–tournaments went elsewhere. Panati is now a shell of its former self ,but I choose to remember that this place raised several generations, provided a community gathering place for meetings and election booths and even served as a memorial for victims of violence taken too soon.  I was shocked at the small size of this place–when you’re young things appear larger than life and the memory is greater than the reality. I felt like a giant walking in a foreign land. 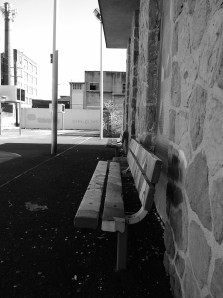 This store is no longer open, but it was a link to the past and told the story of a changing community. My parents purchased their home from an Italian family in the 60’s.  As one of the first black families to move on the block, they rapidly saw the community transition from a neighborhood of first or second generation European immigrants to a block of first time home owners; great grandchildren  of slaves. White flight changed North Philly quickly and significantly. Many of the White owned businesses transitioned at a slower pace. There was an old world styled business by the name of Guiffridas that stayed in business as long as they could.  The store was a museum–there were four to five middle aged Italians working at this butcher shop/grocery store.  This store was old school–there was a wooden floor with saw dust all over, shanks and cheeses hung from the ceiling on hooks, fresh vegetables and fruit were abundant. My mom would always send me to that store to get ‘fat back’, lunch meat or a hoagie. They always treated customers with respect and talked to you like you were family. The store resembled something you would see in the Italian Market. Today the neighborhood is littered with Korean and Middle Eastern owned establishments.  Most of the old school shops are gone, but the memories remain–I just can’t shake them. I drove around for a good thirty minutes looking for this store, but only found boarded up storefront after storefront.

This was my Saturday journey–a trip to pick up a birthday cake turned into reminiscing about a blessed childhood. My parents prayed and kept me from a lot of the death and destruction of the streets and for that I am grateful.  Many young men didn’t make it to write or talk about growing up. North Philly remains a significant place for so many–you’ll hear phrases like, ‘Norph’ or ‘NP for Life’ and if you’ve spent time in this complex place  you would respond with mutual admiration. 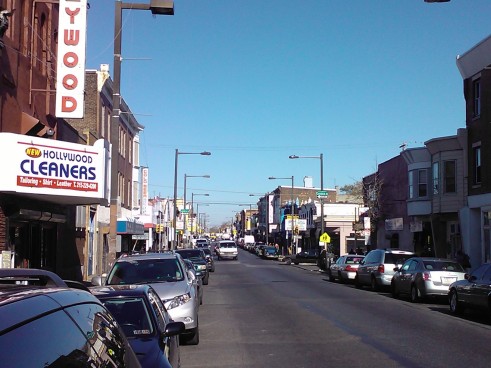 Three locations in a place known around the world. No doubt there are individuals who received a poor education at one of the many poorly funded schools or guys who played on the courts with unbelievable talent, but were never recruited because of poor grades and a lack of discipline. There are many failed business ventures in North Philly, just look around at the tons of empty factories–proof of by gone days when North Philadelphia was a manufacturing juggernaut. With all that being said, I must underscore that contrary to popular belief, North Philadelphia is filled with educated men and women who hold to ‘family-values’ and know what hard work is about. The majority of these residents don’t wait for hand outs or believe that its someone else’s responsibility to take care of them. They know tragedy, despair and working through obstacles unlike anything that ‘middle America’ could ever claim.  Their kids play on concrete and black top and for generations have found a way to survive and even thrive. This is a place ripe for redemption–NP 2.0. 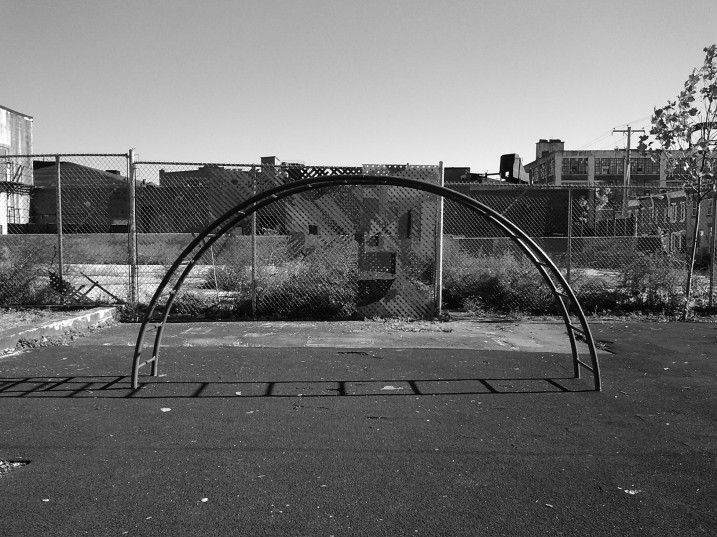 Holiness as Culture »
« “…the earth is filled with violence…”

2 thoughts on “Places That Still Matter”