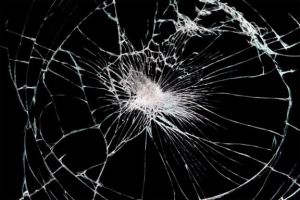 Growing up in the inner city you become aware of the thick glass, more specifically plexi-glass that separates merchants from customers. The barriers described are found primarily at the corner store—or the ethnic food restaurant.  These clear barriers are also found in hair care stores, gas stations, laundry mats and in full service check cashing locations.  This is a long held business practice for shop owners that feel threatened by customers or potential criminal activity.  The banks also use plexi-glass at teller booths to provide an extra level of security. These set-ups are generally found in crime ridden urban communities. Here is how it works—you order a number 5, which is probably a Generals Chicken special with brown rice and an egg roll.  You give your order about 10 to 15 minutes. As you wait, other customers move in and out of the lobby as they place and receive their orders. The lobby of most of these restaurants looks more like a police interrogation room or something akin to a torture chamber. Finally, your order is up and you reach through a kind of constructed exchange box for humans. You pay for your food and then you receive a greasy brown bag with your grub inside.  For those that know—before you leave you request the hood standard grape soda (urban soft drink of choice).

The aforementioned transaction is familiar to many, but I wonder if we realize just how inhumane it is?  This set up says so much about the relationship between two urban minority groups existing in limited space. One group lives in the community and the other does business in the community. The merchant thrives off the resident and the resident group has come to enjoy what the merchants provides so much so that he/she is willing to endure what appears to be something that would be found in communist Moscow in the 1980’s.  In reality, this business transaction resembles more of an insult than a genuine exchange within the marketplace. There is the illusion of cordialness but in reality seeing a semi-transparent face through dirty plexi-glass window or hearing a voice ricochet off plastic walls does not resemble warmth or a working relationship.  The design seems medieval and based on distrust. As proof of distrust, do a Google search or simply survey individuals on the ‘urban myth’ about the meat used in these restaurants. In doing this, you will quickly hear about distrust among residents.  On the flip side, one need only view the plexi-glass barrier to see that meaningful conversation is unwelcomed and in many cases impossible. This is an unbelievable risk, but yet it’s one that folks in the hood take every day.

Whether it’s stepping out the door and sending their kids to school, shopping for groceries or walking down a residential street, the urban poor are faced with some very inconvenient realities. The reality of life in the hood means that you sometimes have no choice but to trust others without knowing their hearts intent. This business set-up is not the norm for every store or restaurant, but it does reveal an ongoing fixture in urban communities. Safety is a priority for these store owners and the reality of crime cannot be dismissed. They have either been robbed or know of someone who has been robbed.  Respect and relationship is something that many customers desire, but instead there is an unspoken hostility that prevents real community.

Simply stated, there is a need for a new business model for urban communities.  The challenges are real in these communities. If communities attempt to create relational bridges that are not simply about money and product, then perhaps the design of future establishments will be reflect this change. The community suffers because some do not recognize that the place where you worship and work is also the place that you ought to call your community. As a Christian, I feel that it is my duty to work towards a community that bases its activities on the two greatest commandments as found in Matthew 22:36-40. Loving God and loving others define what Biblical community ought to be about. In many of these ‘challenged’ communities everyone, merchants included, are responsible for making sure that respect and safety are priorities for all in the community. A conversation between merchants and residents may reveal that there is more in common than first believed.